In ancient China, during an era where so much importance was placed on prevention of illness—if a patient became sick, the doctor would pay them.

Clearly, they took wellness and prevention very seriously back then.

They believed that prevention was the foundation of everyday life and the guiding principle of medical practice. It’s a novel idea, isn’t it? Basing healthcare on being and staying healthy?

As it evolved, medicine in the west became increasingly focused on the treatment of diseases rather than the prevention of them.  Thanks to this “treatment now!”—nutrition, diet, and wellness later philosophy we managed to create the most costly medical, pharmaceutical and industrial complex in history.

Through it, we’ve achieved a lifestyle that highly values and reimburses intricate procedures and pays essentially nothing for preventing people from becoming patients in the first place.

With payment being so astronomically high for doing things like putting defibrillators into terminally defective hearts and high tech ICU treatments for patients with no meaningful chance for recovery, it is little wonder that there is nothing left over to pay for keeping the “well” from becoming the “sick.” 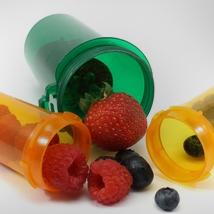 And personally? I’m thinking: this is a pretty awful way of practicing medicine.

Patients need prevention and the guiding principle behind a concierge medical practice, such as mine, is a practical approach to keeping people well.

If something does begin to develop we will be watching carefully and act to prevent it from becoming a serious issue. Any doctor who has a concierge practice must believe strongly in maintaining health and being extremely proactive if problems do appear. I want my patients to recognize what a healthy and strong body feels like—so that when that feeling begins to waver we can quickly and easily solve illness without letting the body deteriorate further.

Concierge medicine is more than a personalized approach to healthcare—it’s a long-term commitment to overall wellness.