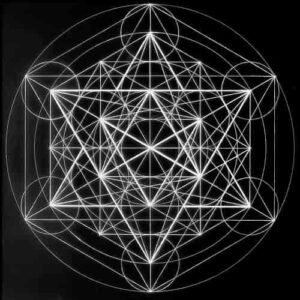 Practicing medicine for over thirty years is an exercise in intellectual humility and wonder at the fascinating harmony of the natural order. Each system is delicately balanced by some unseen Force with an intelligence that is outside of the limited power of linear thought. We as physicians are asked to intercede in something that we only vaguely understand and pray that the resulting function is somehow improved. We somehow muster the courage to push the buttons never fully knowing what will result from our intercession but sincerely wishing to make it “better”. The amazing complexity of the human body is exemplified by the mast cells, which are only just now beginning to reveal some of their secrets.

Mast cells produce an incredible array of chemical mediators. Their main function is to produce these compounds and release them at the exact moment that they are required for normal body functioning. Each chemical mediator produces a specific physiological function that can vary depending on the amount that is produced, the timing of its release and the tissue where the mediator is acting. One chemical, histamine, produces a very different action if its target tissue is the nasal sinuses versus brain cells in the central nervous system. There are at least four and possibly more known histamine receptors (H1, H2, H3,H4) and each receptor produces a unique response when exposed to the same chemical. H1 receptors result in an inflammatory response in the sinuses and waking and alertness in the central nervous system! H2 receptors when activated by histamine may result in acid secretion in the stomach and so on and so forth. Each chemical can result in many different response scenarios depending upon myriad different factors including which other receptors are occupied by THEIR own ligands at the same time and what kind of pattern that that produces! And all this from just one of the chemicals produced by the mast cell – and we know that there are over two hundred mediators that we are aware of and able to detect. Clearly we have a huge amount to learn in this field and therefore should always maintain a high index of suspicion for mast cell activity and pay close attention to the clues that our patients are giving us from their own daily observations. There are no tests yet for the majority of mast cell functions so we must not rush to judgment based on the very sketchy information that is available. We realize that there exists a continuum linking mast cells and POTS and connective tissue variations such as EDS but the underlying relationships are only just now becoming visible. The future promises more information and better treatments for patients looking to us for answers and improvements in their quality of life.